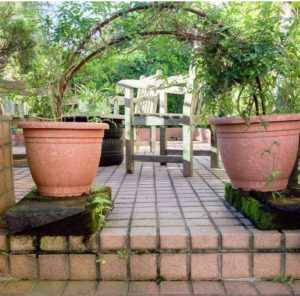 What does a Steiner Waldorf educated child look like towards the end of their secondary school career? At the age of 16/17, there is an overwhelming sense of not being afraid to ask questions, and being genuinely interested in the answers. There is a feeling of having enough self-esteem to not shy away from being corrected.

This outcome doesn’t just happen overnight, but is a result of a maturing process that takes place over the long period of their educational journey. There is a balance to be struck between wanting to educate children in a modern society, where children are scientifically literate but to also equip them with the ability to cut through commercial contamination and political influence that some forms of traditional education can have.

It is important that at the point of leaving a Steiner secondary school, children know about the major scientific theories, but at the same time, carry within themselves a way of intelligently appraising whatever they come across in their adult lives. Science has become a ‘belief system’, when in fact we all need to realise that theories and models are open to questions, and will change as new phenomena are discovered.

Why is Science Education in a Steiner school different?

The bedrock of science is imagination: we are involved in what we see and experience first and foremost: this is then interpreted by a hypothesis (which originates from the imagination). Proving the hypothesis is in turn supported by evidence. For example, the ‘laws of nature’ are in fact a human creation, which apparently fit in and work with the phenomena that we experience as nature, such as the gravitational constant. What do you see in the image below? 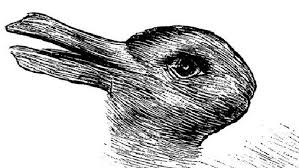 Some people may see a duck first; then – a rabbit! (and vice versa.) Some can see one, but not the other. Taking this example of two ways of looking at the same thing demonstrates the active role of our imaginative ‘thinking’ process. There is often a false separation of art and science, when in fact the artistic path is vital to scientific discovery and theory. Theories often come first, and are proved later.

Historically, as a result of the nature of alternative ways of seeing and the development of individual freedom and thought, a shift came about where measurement became the primary source of value, and anything that could not be measured was of secondary value. There is no doubt that Steiner students should go out into the world absolutely aware of modern scientific theories, but at the same time understand that these are ‘models’ that have been created, and are not reality – rather than simply accepting scientific theories as fact. This path leads to science becoming a belief system, with even religious undertones.

Measurement leads to the manipulation of matter and is an expression of power over it; sometimes the very act of looking at something or trying to measure it can even affect how it behaves (for example, observations at a sub-atomic level differ depending on the methods used to examine it). Often, the apparatus of investigation can dictate the outcome. If you set up an experiment with a certain model in mind, it will reveal that outcome.

Even the famous scientist Isaac Newton saw the limitations of his work. At the end of his life he said: “I do not know what I may appear to the world; but to myself I seem to have been only like a boy playing on the seashore, and diverting myself in now and then…whilst the great ocean of truth lay all undiscovered before me.” There is in this, a real sense of searching for something deeper.

Rudolf Steiner’s philosophy on learning was essentially that you can choose not to surrender to interpretations, but instead go to the place where the interpreting actually goes on. This is the heart of Steiner Waldorf education; it is a place of deep creativity.

At around ages 9-11 there is a resistance of simply accepting what parents and teachers are telling them, and an eruption of questioning begins to take place.  There is a sudden realisation that your parents don’t know what you are thinking and and an awareness of the child’s own individuality emerges.

The Steiner educational process sees this as an age of experimentation, and it is so important that children come to this phase without being bombarded with theories. Experiencing the phenomena before piling on explanations, and learning through experience rather than overwhelming a child with explaining the details with scientific theories is so much more powerful! 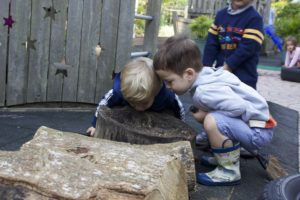 There is a sense of having the confidence and the freedom to “chase the rabbit” in Steiner education. In some ways, knowing about something becomes easier by dismissing the alternative “duck” and all the questions that it raises within you.

Children need nourishing material to engage with their imagination to reach this point and this leads right down to kindergarten. At a young age, their capacity for imitation runs so deep; a kindergarten child needs the nourishment of play, rhythm and nurturing, and the Steiner kindergarten follows the seasons and engages with all the children’s senses. To rush past this and push children into receiving something they are not yet ready for can be incredibly destructive to their well-being as well as their future potential. The Hong Kong culture of huge intellectual educational pressures can be compared to flicking caterpillars off the leaf before they have had the time and nourishment to turn into healthy butterflies – pressuring them by saying: ‘Fly!!’

New imaginations need to be carefully nurtured and cultivated for the future of science: it is crucial to realise that all scientific theories are created from the deep well-spring of the human imagination.

ABOUT THE SPEAKER: GRAHAM KENNISH

Graham Kennish has been a Steiner Waldorf teacher for 45 years and visits a number of schools in UK, teaching secondary school Chemistry and Biology main lessons, supporting class teachers over science and contributing to several teacher training courses, including the London Kindergarten Training Course, where he is a keynote speaker. Graham regularly gives talks on Steiner Waldorf education to public and parents.

Graham is also a fully qualified psychotherapist, published author and counsellor. His two children made him a grandfather and he lives with his partner Jane, who cooks for a residential college with produce from a Biodynamic farm.